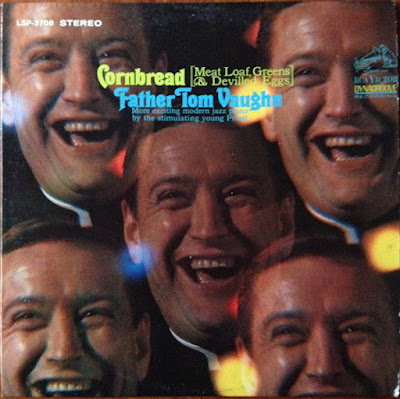 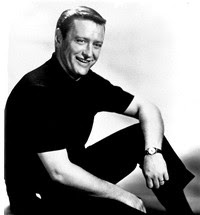 Born Thomas Wade Vaughn on October 14, 1936, in Benton, Kentucky, he began his music study on the piano around the age of five under the tutelage of his mother, Elizabeth. The piano was the instrument of choice for their family. Robert Wade, an uncle, was employed as a pianist by the New York and San Francisco ballet companies.

When he was 10 years old, his family, which also included four girls, relocated to Pontiac, Michigan, near Detroit. During his adolescence, he studied classical music with Harold Deremier. At the age of 12, Vaughn experienced the genius of Art Tatum, who was visiting Deremier. Vaughn stated: "I hadn't been exposed to music like that before." "That was amazing," and shifted his focus to jazz. In his mid-teens he was jamming in Detroit with other young musicians including Kenny Burrell, Paul Chambers, and Elvin Jones. 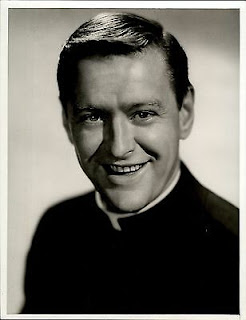 Vaughn graduated from Eureka College in Illinois with a degree in history while playing piano in area clubs. He and his sweetheart Beverle Jean were married, and the couple started a family when Sheila Denise was born in 1961. Two other children followed: Tom, Jr. in 1963; and Angela Suzanne in 1965. A strong interest in religion led him to enroll in Yale Divinity School, where he earned a doctorate in theology.

He entered the Episcopal priesthood, and in 1964 his first position was assistant to the rector at St. John's Episcopal Church in Midland, Michigan, two hours north of Detroit. Vaughn still played concerts at colleges and clubs sporadically, but the 8am Sunday service limited his travel. That same year Father Tom sat in with Gene Krupa's quartet in Detroit, where he caught the attention of producer George Wein. One year later, Wein brought Vaughn to New York City, where he recorded Jazz In Concert At The Village Gate with Art Davis on double bass and Elvin Jones on drums. Vaughn was a featured performer at the 1966 Newport Jazz Festival, opening for Miles Davis. 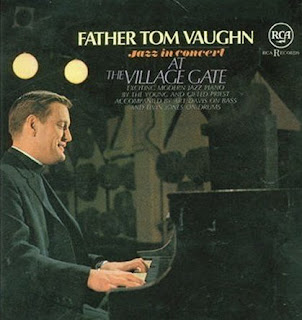 Father Vaughn left St. John's Church in Midland in 1967, deciding that Los Angeles would be more conducive to his two passions, music and the ministry. Cornbread (Meat Loaf, Greens & Devilled Eggs) was recorded and released, followed by Motor City Soul in 1968. He played in festivals and concerts during the late 1960s and early 1970s, and appeared on local television and national talk shows, including Johnny Carson, Steve Allen and Merv Griffin. All this was done around his church responsibilities. 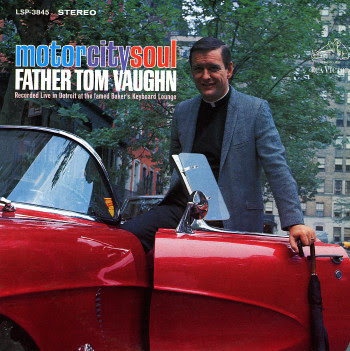 Vaughn joined St. Martin-in-the-Fields Episcopal Church in Winnetka, California in 1968. Three years later, he performed a jazz concert in the parish hall to raise funds for the "Fireside Room", then began serving as assistant rector. When St. Martin's celebrated their 25th anniversary with a big barbecue, music and dancing, Father Tom played during the 1974 festivities. He was installed as rector in 1976, the year he recorded his last album, Joyful Jazz. He stayed busy with the parish and raising his three children until 1984, when he needed hip replacement—both—and retired from active ministry. After that, he served as a supply priest, officiating services at churches when the rector was absent. 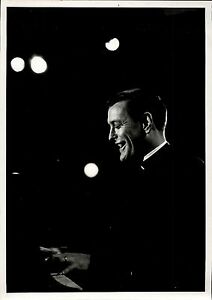 Father Tom Vaughn reappeared publicly in 1990, conducting the memorial service for singer June Christy at the Forest Lawn Memorial Park (Hollywood Hills). As part of the service, he invited a quartet of eminent musicians to play in her honor, but did not join the group himself, instead opting to listen and enjoy the music as a spectator.

By the early 1990s, his children were grown and Vaughn played at local clubs a few times each year; a 1990 performance at the Millennium Biltmore Hotel received positive reviews. He also hosted a public-access television cable show, "All That Jazz", and was considering a return to the recording studio. After turning 60, Vaughn further reduced his public performances to perhaps once a year. He remained married to wife, Bev, and practiced for three or four hours most mornings for his own enjoyment. 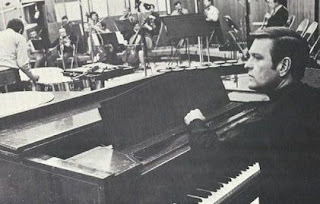 At an interview in 1996, he acknowledged splitting piano time between playing the classics such as Bach, Beethoven & Chopin and improvising jazz with touches of blues and bebop.  Father Tom died March 4, 2011, in Riverside, California. His death was announced according to comments posted on a YouTube video of Vaughn's recording of "Battle Hymn of the Republic".

He once said “There are a lot of people who didn’t take Tom Vaughn seriously because Tom Vaughn didn’t want musical notoriety badly enough, I’ve never made much of a fuss over it myself.”

1. Cornbread, Meat Loaf, Greens And Devilled Eggs
2. Autumn Leaves
3. That's All
4. Cute
5. On Green Dolphin Street
6. Stell By Starlight
7. It Might As Well Be Spring
8. Wanda
9. Goodness Gracious
10. I Think I Love You, Constance

And a big thankyou to Egroj who suggested today’s birthday post. You will also find two more of father Tom’s albums here:

Don’t forget to give him a thanks.

Many thanks to you for this album.

PS: And while we're on the subject of the clerical, you have Brother Matthew (Boyce Brown) on 16 April.
;)