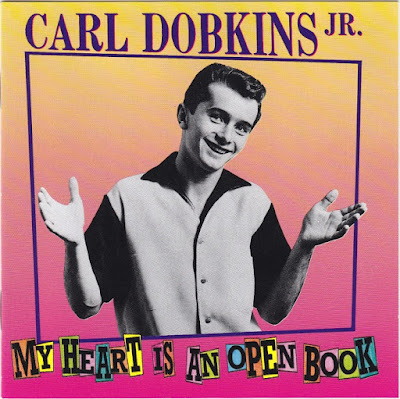 Carl Edward Dobkins Jr. (January 13, 1941 – April 8, 2020) was an American singer and songwriter,and one of those rockabilly legends who wouldn’t quit, even decades after his last chart entry. From a number three hit in 1959 with "My Heart Is an Open Book," he maintained a decades-long career that delighted audiences for generations on both sides of the Atlantic. 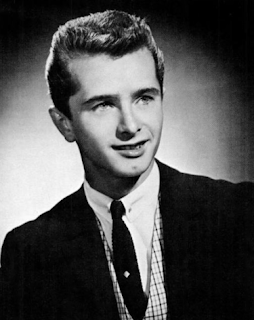 Dobkins was born into an Appalachian family that had transplanted themselves to Cincinnati in search of a better life. The family was filled with amateur musicians -- both of his parents sang, and his mother played guitar -- and at age nine Dobkins was given a ukulele by his parents. He quickly learned the instrument and moved on to the guitar, learning first the country and hillbilly songs that his family favoured. While Dobkins was in high school, he started writing songs of his own and singing at local events with his backup group The Seniors. 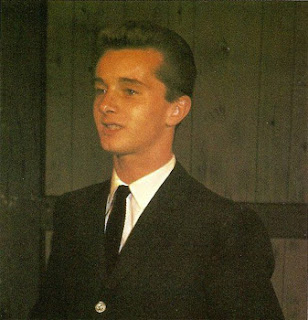 The Seniors first met with a common interest in singing at Nast Memorial Methodist Church in Cincinnati. The group sang together for approximately eight years. Dobkins and the Seniors were promoted by Gil Sheppard, a local Cincinnati radio disc jockey, who noted the young singer's early high school compositions and a two-song demo record. This led to a recording contract with Fraternity Records, who released their first record. Rock & roll was breaking nationally and Sheppard saw Carl Dobkins Jr. as a potential star. Thus, he became "the Teenage Rage," and began singing at dance parties and record hops. 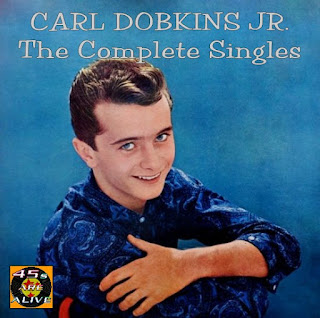 Every record label was looking for the next Elvis Presley or Carl Perkins, and Dobkins was signed to the Cincinnati-based Fraternity Records, which released "Take Hold of My Hand" b/w "That's Why I'm Asking." It failed to chart, and he next moved to the much larger King Records for a recording session, but Sheppard sold the master to the still larger Decca Records label. Issued on Decca, "If You Don't Want My Lovin'" became a regional hit on its initial release, and did well enough to justify Decca investing more time in Dobkins. He cut his first sessions for Decca in Nashville under the aegis of Owen Bradley. The result was "My Heart Is an Open Book," which was Dobkins' lasting claim to immortality in the field of rockabilly. One of the better crossover records, it rocked hard with a solid guitar sound and a great beat, and featured the artist backed by two of the Anita Kerr Singers. 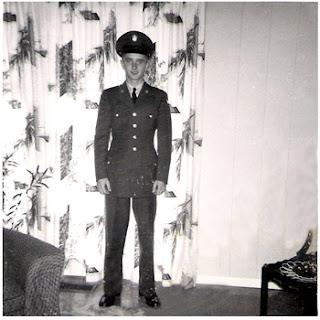 Ironically, the record took six months to take off, requiring two rounds of promotion by the label. When the smoke cleared, Dobkins was making appearances on national television behind "My Heart Is an Open Book," including Dick Clark's American Bandstand the day after his graduation from high school. He toured nationally and worked in six months of army reserve service in the infantry as well, as "My Heart Is an Open Book" soared to number three nationally in the spring of 1959, earning a gold record in its 24-week chart run. A follow-up, "Lucky Devil," reached number 25 in a 17-week run late in the year, and even "If You Don't Want My Lovin'" made it to number 67 when it was reissued nationally around the same time. Carl also appeared in June of 1959 with the first R & R show to play the Surf Ballroom after the plane crash that took Buddy Holly, Big Bopper and Ritchie Valens. 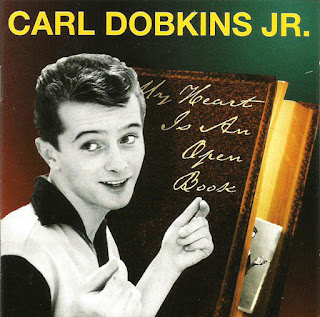 By 1960 Dobkins married Janice Cox and also got to number 62 with "Exclusively Yours." Carl Dobkins Jr. made all of the usual moves that a young rock & roller did in those days. He was featured frequently at Castle Farms, and on television for the Bob Braun Show (WLW-T, Cincinnati) and appeared fourteen times as a guest on Dick Clark's American Bandstand. He touredng with Bobby Freeman, Bobby Rydell, Bobby Vee, Buddy Knox, Frankie Avalon, Jan & Dean, Frankie Ford, Freddie Cannon, and Jimmy Clanton, the Drifters, and the Crickets. 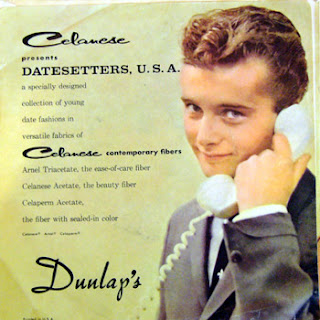 He started to go into more lyrical, romantic sounds as the public's taste for rock & roll seemed to retreat in the early '60s -- by 1961, he was even cutting versions of movie themes, such as "Pretty Little Girl in the Yellow Dress" from the western The Last Sunset, starring Kirk Douglas and Rock Hudson.

It was 1964 before he made another record, "If Teardrops Were Diamonds," a pop ballad on Atco with a Vic Dana vibe. "His Loss is My Gain" came out on Colpix in '65 and had a little more bite but didn't get far. During a long hiatus he was a part-time radio announcer at WCNW, then a dispatcher in a Greyhound Bus Terminal. He reappeared with two singles for the Chalet label in 1969: the sentimental "The Days of Sand and Shovels" (Bobby Vinton's version ended up being the hit) and a rerecording of "My Heart is an Open Book." In all, he cut 18 singles, 2 LP’s and a CD in 2008. His last job was working as a procurement specialist until he retired in April of this 2001. 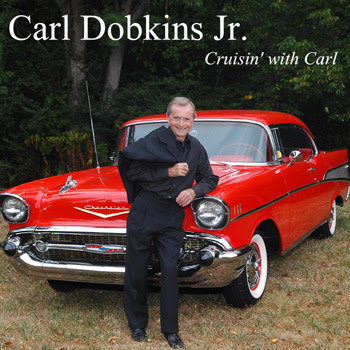 More recently in 2012 Carl played in Vienna Austria at the largest outdoor festival in Europe, along with Ray Campi, Buddy Knox and Frankie Ford. He was inducted into the Cincinnati Rock and Roll Hall of Fame, and the Rockabilly Hall of Fame. Carl died in Cincinnati, Ohio on April 8, 2020 at the age of 79.

A big thank you goes to Uncle Gil who has kindly helped me out yet again. Plus I also found this album on the dormant Oldies But Goodies blog which contains 10 tracks not on the Bear Family CD.

So For “Carl Dobkins Jr. - The Complete Singles” go here;

Thanx for these. Know artist but don't have much of his music so some "new" hears here. Listening to his YT tracks @ his Discogs page (sometimes sounds like Roy Orbison) here:

Thank you very much.

nice thank you from Aussie