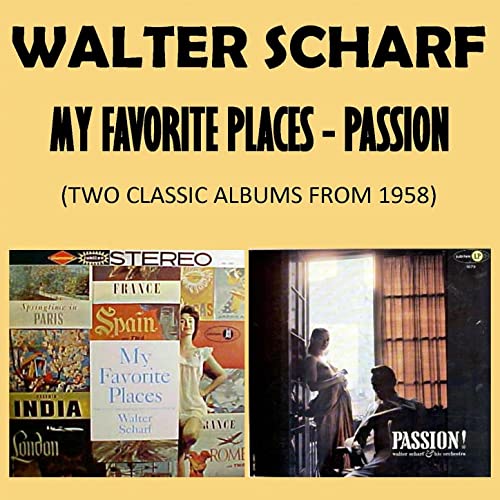 Born in Manhattan, he was the son of Yiddish theatre comic Bessie Zwerling. While in his 20s, he was one of the orchestrators for George Gershwin's Broadway musical Girl Crazy, became singer Helen Morgan's accompanist, and later worked as pianist and arranger for singer Rudy Vallee.

He began working in Hollywood in 1933, arranging for Al Jolson 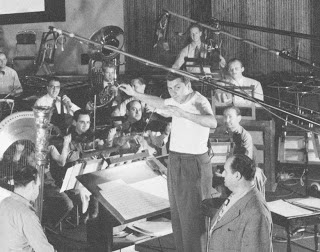 at Warner Bros., Alice Faye at 20th Century-Fox and Bing Crosby at Paramount. He orchestrated the original version of Irving Berlin's White Christmas for the film Holiday Inn (1942), and from 1942 to 1946 he served as head of music for Republic Pictures.From 1948 to 1954, Scharf was arranger-conductor for the Phil Harris-Alice Faye radio show.

A ten-time Oscar nominee, Scharf worked on more than 100 films, receiving nominations for his musical direction on such 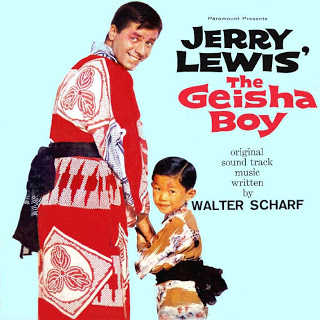 In the early 1960s, he was approached by Harold Lloyd to provide new scores for his silent film compilations. Lloyd regarded Scharf's ability to mix comedy themes with big, dramatic orchestral touches as ideal for his brand of 'thrill' comedy. Scharf implemented a similar style for the Jerry Lewis Jekyll and Hyde-inspired comedy The Nutty Professor in (1963), working on more than a dozen Lewis comedies overall. 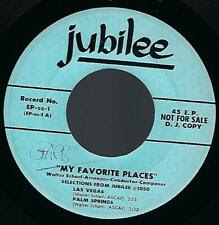 In the late 50’s Scharf recorded a number of orchestral albums for the Jubilee label. He also worked on three Elvis Presley pictures including Loving You (1957) and King Creole (1958), and with lyricist Don Black, he wrote the hit Michael Jackson single from 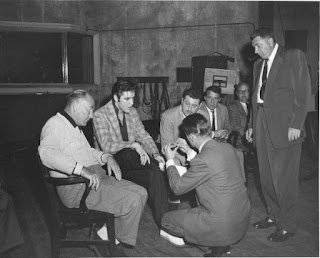 the film Ben (1972), which won him a Golden Globe; and scored the popular Walking Tall (1973) and its two sequels. In 1973, he and Don Black wrote the music and lyrics for the London musical Maybe That's Your Problem (book by Lionel Chetwynd).

Scharf composed music for dozens of television dramas including Ben Casey, The Man from U.N.C.L.E., Mission: Impossible, and the 1979 miniseries From Here to Eternity and Blind Ambition, although he became best known for his music for the National Geographic Society and The Undersea World of 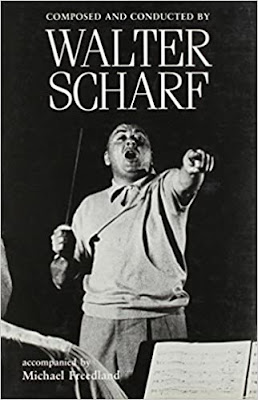 Jacques Cousteau documentaries, which he scored between 1965 and 1975. He received two Emmys for the Cousteau series, in 1970 and 1974, and composed an original symphonic work, The Legend of the Living Sea, for a Cousteau museum exhibit aboard the RMS Queen Mary in 1971.

Scharf's initial work for the concert hall was The Palestine Suite, written in 1945 and performed at the Hollywood Bowl under Leopold Stokowski. After retiring from films and TV in the 1980s, he returned to concert writing, notably with The Tree Still Stands: A Symphonic Portrait of the Stages of a Hebraic Man, commissioned by the Stephen S. Wise Temple and first performed in 1989 and the 1993 Israeli Suite. He also wrote an unproduced opera based on Norman Corwin's The Plot to Overthrow Christmas.

In all, Scharf is estimated to have worked on some 250-odd film and TV productions and received the Golden Score Award from the American Society of Music Arrangers and Composers in 1997. His plan to write an opera on the life of Maurice Ravel, the classical composer he most admired, was unfulfilled at his death. 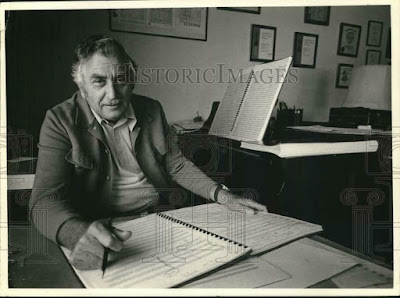 He died of heart failure at his home in the Brentwood neighbourhood of Los Angeles February 24, 2003 at the age of 92.  (Edited mainly from Wikipedia)

Nice post about an interesting and very talented Hollywood personality. He wrote a book, which I have (thinking that it'd be his memoirs) but no, it was all stories about the film stars that he worked with - amusing things that happened on the set.

Your piece will go a long way to fill out the info that I was looking for...

I have the above two LPs in my collection.