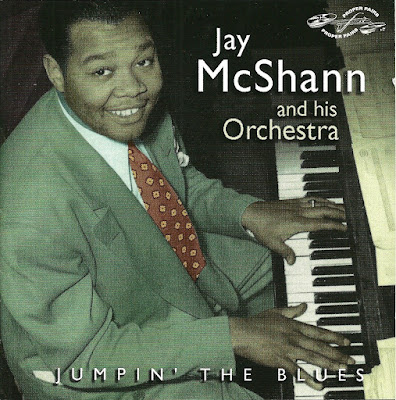 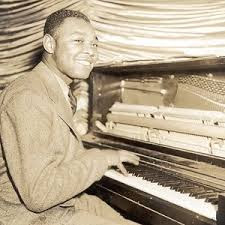 McShann was born in Muskogee, Oklahoma. His deeply religious parents managed to pay for piano lessons for his elder sister, but couldn't afford them for him. But he listened and found out how to pick out the melodies that his sister played at home on the piano and later in church on the organ. The young boy found jazz in the late-night radio broadcasts by Earl Hines's Orchestra, broadcasting from Chicago's Grand Terrace Café. 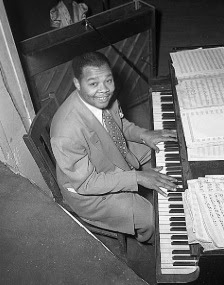 Although, by the time he entered Fisk University, he could make his way on the piano, it was to be some time before he learned to read music. During 1931, short of money, McShann left halfway through his course and hiked to Tulsa where he was hired by Al Denny. He then worked with a variety of territory bands until he finally found himself out of work in Arkansas City. He set out for Omaha where he had an uncle. When the bus made a two-hour-long stop in Kansas City he went to the Reno Club, and played. McShann found his second home, playing amongst musicians like Pete Johnson and Joe Turner. Here he developed the raw blues style that was to be his trademark and where he was given the nickname "Hootie." 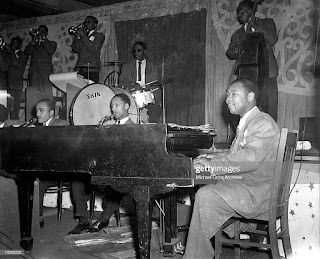 It was in Kansas City during 1936 that McShann set up his own big band, which variously featured Charlie Parker (1937–42), Al Hibbler, Ben Webster, Paul Quinichette, Bernard Anderson, Gene Ramey, Jimmy Coe, Gus Johnson (1938–43), Harold "Doc" West, Earl Coleman, Walter Brown, and Jimmy Witherspoon, among others. His first recordings were all with Charlie Parker, the first as the Jay McShann Orchestra on August 9, 1940. The big band was a huge success on tour, and eventually arrived in 1942 at New York's Savoy Ballroom where, on its first night, it carved the resident band led by Lucky Millinder. 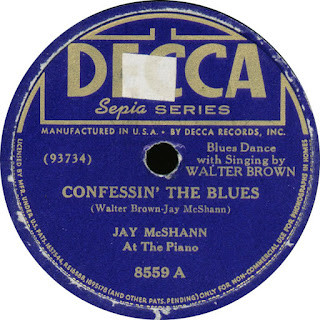 The band played both swing and blues numbers but played blues on most of its records. Its most popular recording was "Confessin' the Blues". Jay told the Associated Press in 2003 "You'd hear some cat play, and somebody would say 'This cat, he sounds like he's from Kansas City.' It was Kansas City Style. They knew it on the East 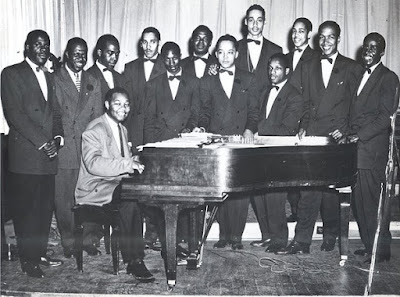 Coast. They knew it on the West Coast. They knew it up north, and they knew it down south." The band was doing so well in 1944 that McShann showed a palpable reluctance to join the army when he was drafted in 1944. This resulted in the group being disbanded. The big-band era being over, he was unable to successfully restart his career after the war ended. 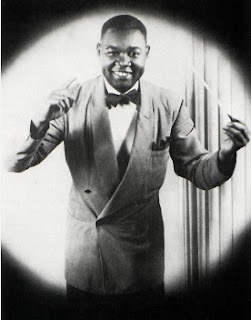 After World War II, McShann began to lead small groups featuring the blues shouter Jimmy Witherspoon. Witherspoon started recording with McShann in 1945 and fronting McShann's band; he had a hit in 1949 with "Ain't Nobody's Business". As well as writing much material, Witherspoon continued recording with McShann's band, which also featured Ben Webster. McShann had a modern rhythm and blues hit with "Hands Off", featuring a vocal by Priscilla Bowman, in 1955.

McShann worked in small groups, trios or as a solo player 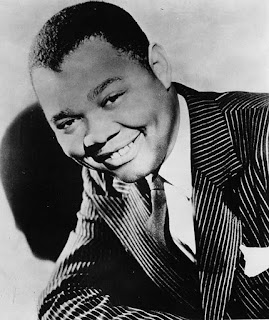 specialising in blues and boogie-woogie piano for the rest of his life. He drifted from the spotlight in the 1950s and '60s, living and working mostly in the Midwest and Kansas City and raising his family. However in 1968 a general interest in the history of Kansas City jazz brought him to the forefront again and he made the first of many visits to Europe. McShann became popular as a singer as well as a pianist, often performing with violinist Claude Williams. 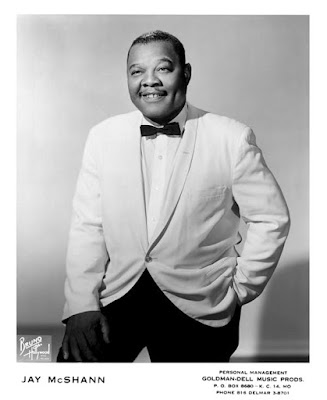 From then on he was always in demand at jazz festivals and in recording studios across the world. Toronto became one of his favourite cities and McShann visited it often, recording a dozen albums there for the Sackville label. He recorded almost a hundred albums in various parts of the world and one of them, Goin' to Kansas City (2003), was nominated for a Grammy Award.

McShann died on December 7, 2006, in Kansas City, Missouri, at the age of 90. He was survived by his companion of more than 30 years, Thelma Adams (known as Marianne McShann), and three daughters: Linda, Jayne, and Pam.  (Edited from Wikipedia & The Independent.)

A big thank you to Polar Bear @ forwardwiththesong.blogspot for original post.

Wonderful music! Thank you for posting this.