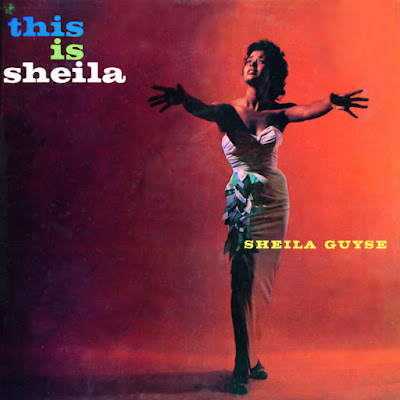 Etta Drucille Guyse, known as Sheila Guyse* (July 14, 1925 – December 28, 2013), was a beautiful multi-talented, popular and well-loved figure on the stage and screen during the 1940s and 1950s. Some critics even felt she was a better actress than Dandridge, some said if Sheila ever decided to go to Hollywood, she would give her a run for her money. 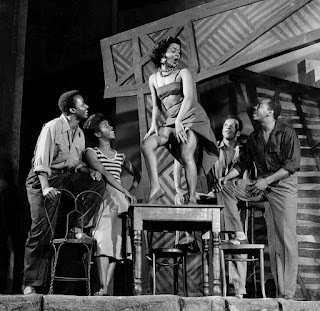 Sheila Guyse was born on July 14, 1925, in Forest, Mississippi. Shemoved with her parents in 1945 to Manhattan, New York City, where she worked at a dime store on 125th Street, across from the Apollo Theatre. Guyse first got her start in show business by performing in amateur shows, as was common among black performers. She made nightclub debut in 1945 at Club Zombie in Detroit. 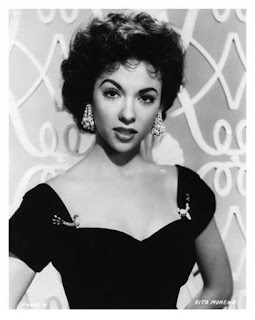 Sheila had a sultry "girl-next-door" appeal which she showcased in three independent all-Black films (so-called "race films") of the late 1940s: Boy! What a Girl! (1947), Sepia Cinderella (1947, co-starring with Billy Daniels), and Miracle in Harlem (1948), giving impressive performances in all of them. She also appeared in the "Harlem Follies of 1949" and in a 1957 television adaptation of the play The Green Pastures. She was popular in the 1940s and 1950s, and graced many covers of publications such as Jet, Ebony, and Our World. She also was known to grace the cover of a magazine called Hue. 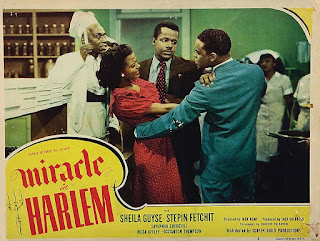 She was not an experienced or trained actress but she was a natural talent. She made her Broadway debut in the stage production Memphis Bound, which opened in 1945. She was selected to play the female lead opposite Bill "Bojangles" Robinson. The show closed after 36 performances. She also appeared in the Broadway stage productions Lost in the Stars and Finian's Rainbow, which were both long-running. Lost in the Stars won a Outer Circle Critics Award. Guyse contributed to cast recordings for these productions. 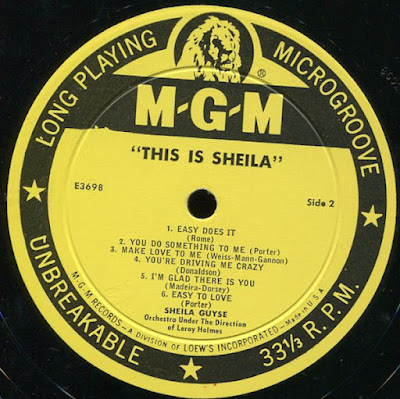 Here’s “You’re Driving me Crazy” from above album.

Her singing voice was as beautiful as she was; divine, sweet, easy on the ears whether singing jazz, pop, or gospel. 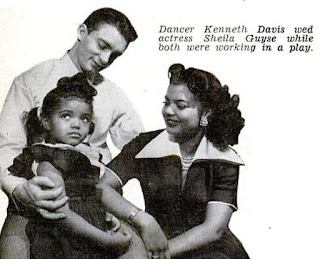 Sheila Guyse was married three times. She married and divorced Shelby Irving Miller, and their union produced one daughter, Sheila Crystal Miller. Guyse's most publicized marriage, however, was to her second husband, Kenneth Davis. Guyse and Davis met on the set of Finian's Rainbow, where Davis was a dancer. They married in Philadelphia, but spent the majority of their marriage in the Bronx, NY. In 1954 Ken Davis and Sheila Guyse announced that they would end their marriage. 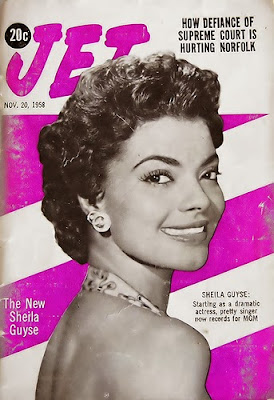 Shelia Guyse's health played a very important role in her career as a performer and entertainer. She struggled with her heath many times throughout her career which caused her to turn down various roles and even take time away from the entertainment industry. In 1953, she was diagnosed with stomach ulcers a day after she had accepted a role in the Broadway stage production Mile High. She later came back to the entertainment industry in 1958 to record her only studio album, This is Sheila. Although she attempted to make a career comeback she struggled to get back into industry. 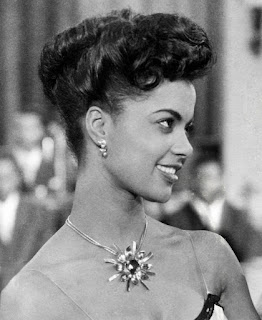 As a struggling single mother she met Joseph Jackson, a New York sanitation worker who was so enthralled by her that he would sometimes follow her in his garbage truck. After they married, in 1958, Ms. Guyse stopped performing and became increasingly involved with a Jehovah’s Witness hall in Queens. The couple had two children and remained married until his death in 2012.  Sheila died the following year in Honolulu from complications due to Alzheimer's disease on December 28, 2013, at the age of 88 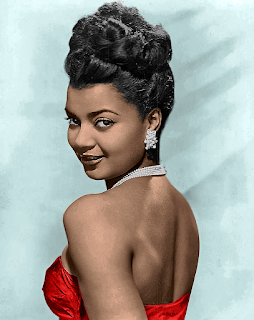 Legendary Miles Davis said he never understood why Sheila Guyse wasn’t a legend or more known. He considered her as great a singer as Billie Holiday, Ella Fitzgerald and Sarah Vaughan. Miles new them all but Sheila was at the top of his list.

For “Sheila Guyse – This Is Sheila” go here;

Thanks for reposting this! very nice story.

Hi Martooni, thanks for your comment, but this is not a re-post. This is my first post about Sheila Guyse whom I've just discovered with Google.

Thanks for providing this wonderful collection!

Thanks for this rare lp and extensive bibliography.