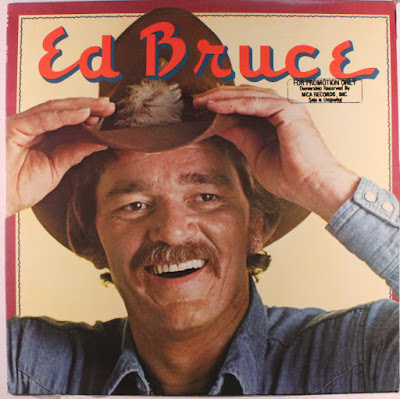 William Edwin Bruce, Jr. (born December 29, 1939) is an American country music songwriter and singer.
Bruce was born in Keiser, Arkansas and grew up in Memphis, Tennessee. In 1957, at the age of 17, he went to see Jack Clement, 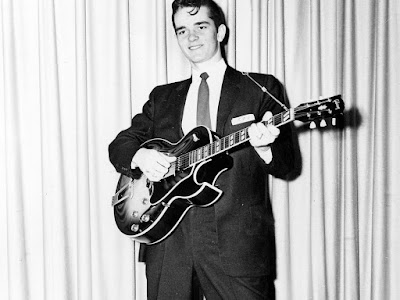 a recording engineer for Sun Records. Bruce caught the attention of Sun owner Sam Phillips, for whom he wrote and recorded "Rock Boppin' Baby" (as "Edwin Bruce"). In 1962, he wrote "Save Your Kisses" for pop star Tommy Roe and in 1963 he reached No. 109 on the Billboard "Bubbling Under" chart with his own recording of "See the Big Man Cry" (Wand 140).
In the early 1960s, Bruce recorded for RCA and some smaller labels like Wand/Scepter, singing rockabilly music, as well as more pop-oriented material. However, he didn't achieve significant success as a vocalist during this period. by 1964 Bruce had moved to Nashville to become a member of the 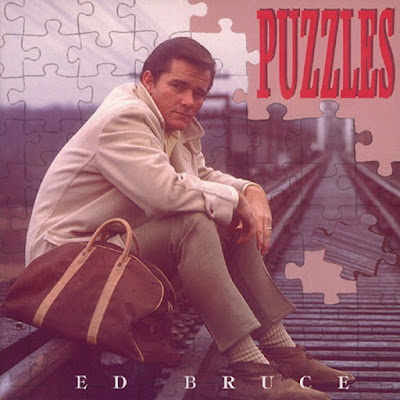 Marijohn Wilkins Singers. He also entered into a lucrative career singing advertising jingles; his best-known campaign cast him as a character called the Tennessean.
In 1966, he returned to RCA and recorded "Puzzles", "The Price I Pay to Stay" and "Lonesome Is Me". He still did not achieve great charting action. He made money doing voice-overs for television and radio commercials. He scored his first charted single with "Walker's Woods" in 1967, and also charted with his version of The Monkees' "Last Train to Clarksville." In 1969, Bruce signed with Monument Records, where he continued to have minor successes. Meanwhile, 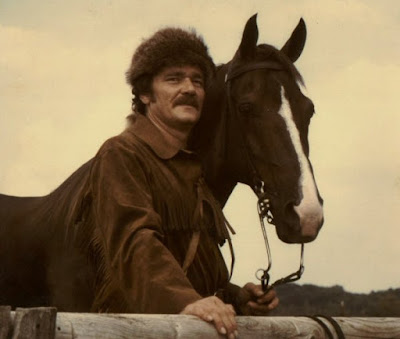 he continued to write songs like "The Man That Turned My Mama On," which was a major hit for Tanya Tucker in 1974 and "Restless" for Crystal Gayle the same year.
He signed with United Artists Records in 1973 and released several singles, but only one single in 1974 became a minor hit. He finally made the upper regions of the charts when he made the Top 20 on the country charts with his version of "Mamas Don't Let Your Babies Grow Up to Be Cowboys" in 1976. 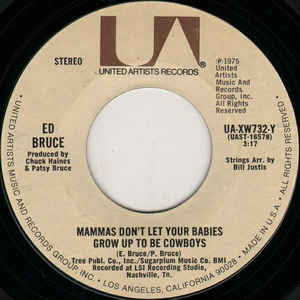 In 1978, "Mamas Don't Let Your Babies Grow up to Be Cowboys" was recorded by Willie Nelson and Waylon Jennings. It became a major hit, and put Bruce on an upward swing. Two more Top 40 hits followed for Bruce in 1976, and in 1977, he signed with Epic 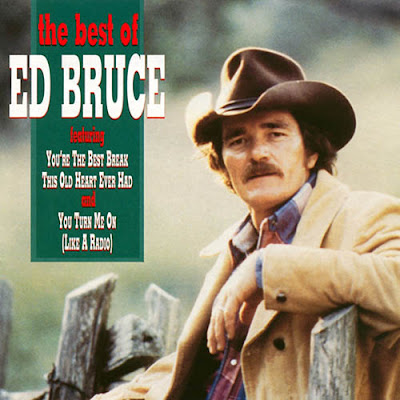 Records where he would score minor hits. In 1979, Tanya Tucker took Bruce's song "Texas (When I Die)" into the country Top 5.
In 1980, Bruce signed with MCA Records, where he would score his biggest successes. His early hits with MCA included "Diane", "The Last Cowboy Song", "When You Fall In Love (Everything's A Waltz)", "Evil Angel", and "Love's Found You And Me". His biggest hit, "You're the Best Break This Old Heart Ever Had" went to number one on the country chart in 1982. This also was Bruce's first Top 10 as a singer after 15 years. He had other hit songs that made the Top 10 like "Ever, Never Lovin' 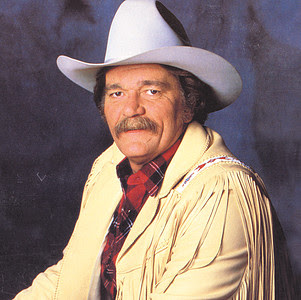 You", "My First Taste of Texas", and "After All".
In 1984, he returned to RCA Records and scored a No. 3 hit with "You Turn Me On Like A Radio" in 1985. His last Top 10 single was "Nights" in 1986 and his last Top 40 single (and last chart single to date) was "Quietly Crazy" in 1987.
During this time, Bruce began to act and do commercials. One of his biggest acting roles was as the second lead on the television revival of 1957's Maverick, called Bret Maverick. Starring James Garner as a legendary western gambler, the series ran on NBC-TV during the 1981-82 season but was unexpectedly cancelled despite respectable ratings. Bruce also sang and wrote the theme song to the show, while Garner himself sang the same song over the end titles at the show's close, albeit while being relentlessly interrupted by network announcements about upcoming programming. 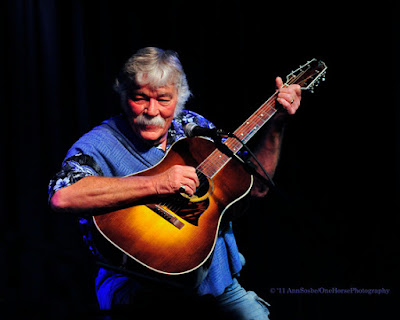 After the 1986 album entitled Night Things and a 1988 self-titled follow-up, Bruce made a conscious decision to cut back on his music to focus on his acting career, appearing in several made-for-TV films. He hosted two shows in the late 1980s, Truckin' USA and American Sports Cavalcade Bruce has also appeared in several theatrical releases, including Fire Down Below with Steven Seagal.
(Info edited mainly from Wikipedia)